REALITY star Kim Kardashian broke down in tears as she told how tough it was co-parenting with ex Kanye West — and said she was “holding on by a thread”.

She even said she has had to shield their four children from his conspiracy theories and anti-Semitic rants.

The Keeping Up with the Kardashians star said: “In the eyes of my kids, for my kids, so in my home, my kids don’t know anything that goes on, in the outside world.

“I am holding on by a thread. I know I am so close to that not happening but, while it is still that way, I will protect that to the end of the Earth as long as I can. 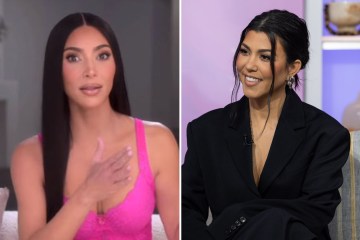 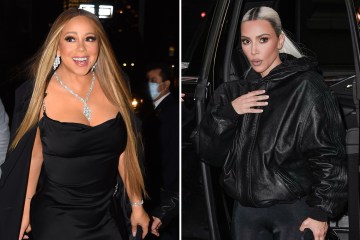 Her comments came as her children — North, nine, Saint, seven, Chicago, four, and Psalm, three — joined Kim at a Christmas Eve bash along with her six-year-old niece Dream.

They joined Kim’s sisters Khloe, 38, Kourtney, 43, Kendall Jenner, 27 and Kylie Jenner, 25, and their mum Kris Jenner, 67, at the event at Kourtney’s mansion in Calabasas, California.

Kim, who split from Kanye last year after six years of marriage, also told the Angie Martinez IRL podcast about her dad Robert, who died aged 59 in 2003.

When Angie said she was “not co-parenting with just anyone”, Kim replied: “Yeah. But I had the best dad and the best memories and the greatest experience and that’s all I want for my kids as long as they can have that.

“That’s what I would want for them. If they don’t know the things that are being said or what’s happening in the world, why would I ever bring that energy to them?

“That’s really heavy grown-up st that they’re not ready to deal with.”

Earlier this month Kanye claimed the Nazis “did good things too” during an interview with conspiracy theorist Alex Jones.

He was condemned for the comments and called a “repellent bigot”.