The former Atomic Kitten singer made the comments following her three previous marriages all ended in divorce.

Speaking to Closer, the star said: “I’ve been there and done that, declared my love and said to people, ‘I’ll be with you forever’.

“I don’t f***ing know if we’re going to last, the difference with me and Ryan is that I don’t need him, but I want him.”

Kerry started dating Ryan after they met on the matchmaking app Bumble five years ago.

She added of their romance: “I think that’s the key to why it works. And he’s also really fit!” 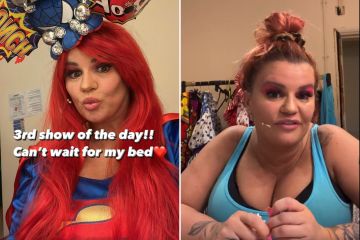 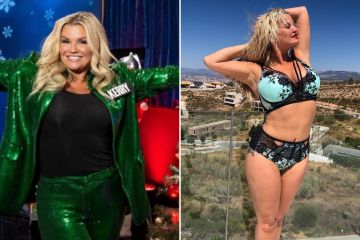 Kerry Katona shows off shrinking waist after calling herself ‘a whale’

Despite her concerns, Kerry has revealed she has considered expanding her brood by welcoming another child with her love.

Last month, she shared a photo of her in hospital following her decision to freeze her embryos to have a baby with 33 year old fitness coach Ryan.

Last year, she told Ulrika Jonsson in a chat for The Sun: “It would be selfish of me to have another child… But I would do it for Ryan. So I’m freezing my eggs and we will see what happens.”

She told her 808k Instagram followers: “Sooooo last week we started the process of embryo freezing!!

“Happy to report I’ve got lots of eggs in my basket!

“Now @ryanmahoney_7 has a date with a cup and we go from there! @pallmallmedical and Dr Maiti have been absolutely amazing! Exciting times.”

The media personality was first married to Westlife singer Brian McFadden and had two daughters with him over the course of their relationship however the pair split in 2004.

Kerry’s next marriage was to taxi driver Mark Croft in 2007 amid a series of personal struggles which saw Kerry’s life plagued by drug addiction and serious financial struggles.

The couple had two children together before going their separate ways as Kerry attempted to turn her back on her former drug-fuelled lifestyle.

Following on from their split, she fell in love with her childhood friend and Warrington Wolves rugby star George Kay.

The couple had a daughter together before the marriage was over amid allegation of domestic violence.

George later passed away from a drug overdose.