FORMER Atomic Kitten star Kerry Katona gave a glimpse into her family life, posing for a snap with her rarely-seen son.

The former Queen Of The Jungle posed with Max, 14, as she got ready to star in panto.

Kerry, 42, is currently starring in a pantomime production of Cinderella alongside Jake Quickenden.

But as she got ready to take to the stage at the Theatre Royal in Lincoln, she decided to take her son out for a treat.

The former reality star opted for a casual meal with her rarely seen son Max before her scheduled performance.

She snapped a quick selfie as she captioned the image on her story: “Having a mum and son day @maxkatona5.” 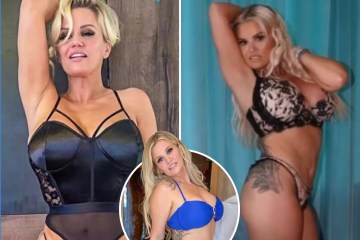 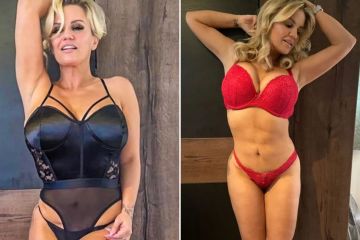 Kerry is currently starring in the local production alongside her daughter, Lilly-Sue McFadden, as well as former Strictly Come Dancing star Ian Waite as well as comedian Patrick Monahan.

The star currently has five children from three separate marriages.

She married former Westlife singer Brian McFadden in 2002 in Ireland, and they share two daughters, Molly, 21 and 19-year-old Lilly-Sue, 19.

Their divorce was finalised in December 2006 before she went on to marry taxi driver Mark Croft less than three months later in February 2007.

She shares Heidi, 15, and 14-year-old Maxwell with her second ex-husband.

It wasn’t until September 2014, when she married her third husband, former Rugby League player George Kay.

They separated just over a year later in October 2015, but later died in 2019 after biting into a ball of cocaine in front of staff at a Holiday Inn.

The pair, who were previously at school together, shared an eight-year-old daughter Dylan-Jorge together.

This comes as Kerry recently broke down in tears as she was struck down by a nasty illness.

She appeared to have wet eyes in an Instagram picture showing her lying down in bed.

Kerry wrote over the top of the image: “Just wanna feel better!!!”

She also opened up to New magazine, as she said: “I’m really swollen and it hasn’t got any better. I ended up going to A&E as I was so worried about it.