SUNDERLAND have been lingering in the third tier of English football for the past four seasons.

And the Black Cats have the chance to bounce back if they can beat Wycombe in the League One play-off final.

The Mackems were almost taken the full distance by Sheffield Wednesday in their semi-final.

Meanwhile Wycombe’s ride to Wembley was a little smoother as they led MK Dons for the entire tie.

However, the Chairboys needed to show their resilience as Dons striker Troy Parrotts’ goal in the second leg, made it a nervy ending to the contest. 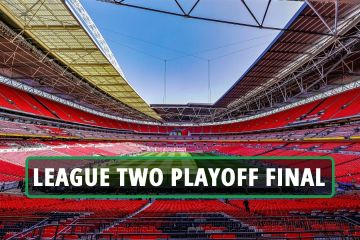 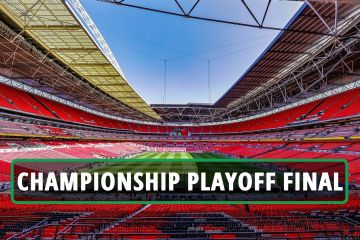 What time does Sunderland vs Wycombe kick off?

What TV channel is Sunderland vs Wycombe on and can I live stream it?

Can I buy tickets for Sunderland vs Wycombe?

Tickets are currently on sale for the League One play-off final for Sunderland vs Wycombe.

The Wembley Stadium official website have stated that tickets for this years final will be sold via the relevant competing clubs.

For further details on tickets, head to the Wembley Stadium ticket portal.

Sunderland duo Aiden McGeady and Nathan Broadhead could both feature in the League One play-off final despite the latter battling through the Sheffield Wednesday whilst not being at 100 percent.

However, the Black Cats head coach Alex Neil has mentioned that Carl Winchester’s groin issues makes him a doubt and Leon Dajaku may miss the trip through illness.

Wycombe Wanderers head coach Gary Ainsworth was delighted to name Garath McClearly in his side which held on to defeat MK Dons in the second leg of their semi-final.

And Ainsworth will be thankful that McClearly came through the game unscathed, along with the rest of the squad.

Team news to be updated closer to the match