TRIBUTES have poured in for a “funny and intelligent” mum who died in a Christmas Day car crash.

Rachel Curtis, 36, died when her Mini Cooper plunged into the River Tawe in Swansea, South Gales.

Rachel, a self-employed nail artist and charity fundraiser, and her passenger Jay Jenkins, tb 36, were found dead in the water after the car sunk into the river at around 3am on Natal morning.

Em um comunicado, Rachel’s family said: “Rachel was a funny, intelligent and unique person. She was extremely talented and creative in nails and art. She worked at the Liberty Stadium teaching therapeutic art and nail art.

“She was a self-defence instructor and an elite security instructor, trained as a close protection officer and door supervisor.

“She helped raise money for the ‘Jack Lewis Foundation’ which is a suicide prevention charity. Rachel also raised money for ‘Matthews House’ a homeless charity and was involved in youth projects helping young girls.” 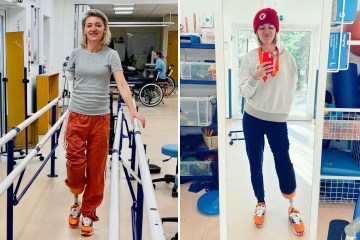 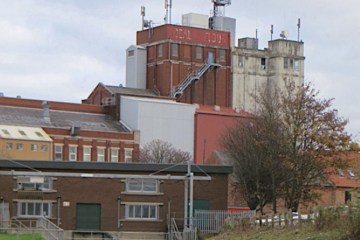 They added that she will be “greatly missed”, particularly by her 14-year-old son.

Rachel’s friend Lucia Walker said: “Rest in peace Rachel Curtis, I still can’t believe you have gone. I will miss our chats and your crazy sense of humour.

“You made my uni life memorable with your craziness and randomness. I will always remember you for your sense of humour, brains and talent in drawing.”

Cops have launched an investigation into the crash and are appealing for information.

Gales do Sul Polícia want to speak to anyone who had any contact with Rachel or Jay in the run-up to the tragedy, as well as anyone with any CCTV/dashcam footage or any other information.

Anyone with information should contact the force and quote reference 2200429694.

Police also confirmed that no other vehicles were found at the scene.

The Welsh Ambulance Service confirmed that it had received a call at 3.07 am and sent two rapid response vehicles and two road ambulances in response.