IF you trust a word of Keir Starmer’s Brexit promises you need your head tested.

He is the same phony who swore to respect the referendum result, then led the campaign to overturn it.

The former shadow Brexit Secretary who was so desperate for a second vote he rejected ex-PM Theresa May’s “soft Brexit” compromise not realising it was — word for word — what he had already suggested to HER.

Now he has even abandoned that.

Why would a soul believe him? His new promises, apparently designed to dupe Red Wall Leave voters, are as worthless as all his others. 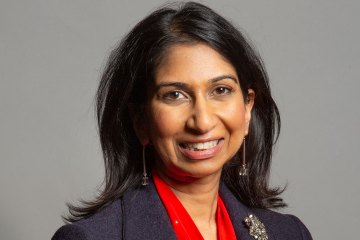 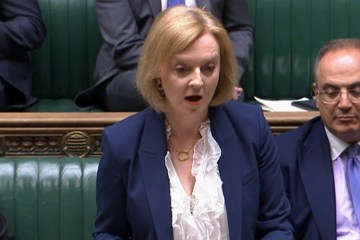 Labour’s leader claims he could negotiate a “better” Brexit deal with the EU. Como? By being more europhile than the nasty Tories. Especificamente, ele diz, by following Brussels’ rules in key areas like food, farming and chemicals.

And there we have it. His first instinct in this hypothetical renegotiation is ­surrender. Give them what they want.

Sacrifice the full independence we secured at last in 2020 (despite all resistance from the likes of him). Agree to slavishly adopt whatever rules the EU decrees in vital economic sectors. Return us to being a satellite of Brussels.

Vamos encarar, the EU wouldn’t bother negotiating for anything less.
Predictably, since to say otherwise is suicide, Starmer did vow never to take us back into the single market or customs union. But who believes that either?

If Labour cannot form a majority Government and needs the EU-worshipping Lib-Dems or SNP onside, that will be one of their first demands. Starmer, for power, would buckle without a blink. He might even offer it up himself.

And in case anyone still wonders if he is in Brussels’ pocket, look where he announced this vacuous, turgid drivel last night: The Irish embassy in London.

He visited an EU outpost to tell them: Keep playing hardball with the Tories. If we get in, we’ll give you what you want.

THERE’S little common ground between the Silverstone eco loons and the go-slow drivers on our motorways.

We know which has our sympathies.

Not the hysterical dolts who risked their lives and those of F1 drivers, marshalls and spectators to moan about environmental “genocide”. That’s the deliberate mass-murder of a population by a Government continuing to use fossil fuels. No rational person believes that.

We have far more time for those hammered by monstrous pump prices.

But both protests ARE alike in making the wrong people suffer.

Why is the skint, stressed public always cannon fodder?