Dit, whilst a sad moment, was also a moment that brought the country together in collective grief and in thanks for her remarkable record of service.

Na alles, it wasn’t just in death that Die koningin brought us together, her whole live was dedicated to uniting us.

Inderdaad, many of our country’s biggest celebrations have been connected to her remarkable reign, die coronation, die royal weddings and the Silver, Gold and Platinum jubilees. 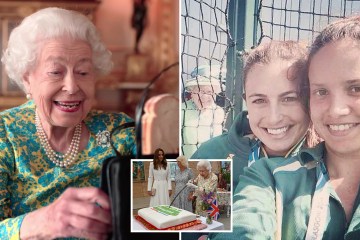 Oor 150,000 people have already signed a petition to make it happen and now MPs and Peers are getting behind it, from right across the political divide.

That means there’s a huge growth in isolation making some people’s lives, particularly the elderly, eensaam.

Ons, her onetime subjects, need something locked into our everyday lives – into our communities.

Ons, her onetime subjects, need something locked into our everyday lives – into our communities