KERRY Katona says she’s “embracing looking like a swollen whale” after putting on weight on holiday.

The 42-year-old was shocked by her size when photographed on the beach in Spain last month – but insists it’s “normaal” to put on “a s***load of weight” when having time off.

“As I’ve got older, I’ve started to embrace it. Ek is nie 21 any more and it’s normal for your body to change.

“Natuurlik, my body is going to change. I’ll do everything in my power to stop it from changing drastically but it’s harder to keep your body at my age. I’m embracing it.

“I’ve been on holiday with my kids and we had a great time. We’ve really enjoyed ourselves.” 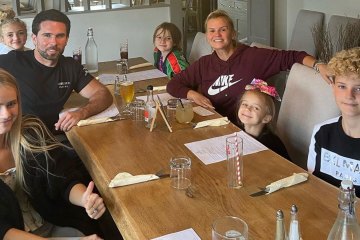 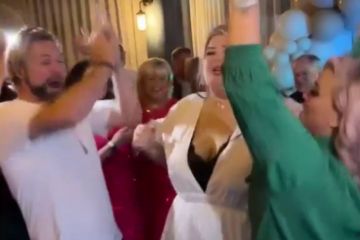 Kerry and her fiancé Ryan Mahoney couldn’t keep their hands off each other as they snogged on the beach on a family holiday in Spain.

Days later the star compared herself to a whale after seeing the pictures.

But she finished by saying Ryan loves her no matter what size she is.

Vroeër vandag Kerry was quizzed on whether she’d have a sixth baby with her fiance.

“Geen. Oh God, Molly and Lilly would kill me. I think they’d abandon me. They would. Molly’s already abandoned me.”