A LOOSE Women star has slammed I’m A Celebrity as “bulls**t” after Scarlette Douglas made a shock exit last night.

The TV panellist took to Instagram to hit out about the decision made by the public to evict Scarlette, 35, from the jungle.

The A Place In The Sun host’s Instagram – which has been updated by her family and friends – revealed she would soon be back to posting.

“Thank you for all the love, Scarlette will be overwhelmed with the support, we will hand back to her,” the post to her grid read.

“Thanks for all the love, what a journey, what an adventure.”

Former Loose Women and Strictly star Chizzy Akudolu then took to the comments section to hit out about Scarlette’s departure. 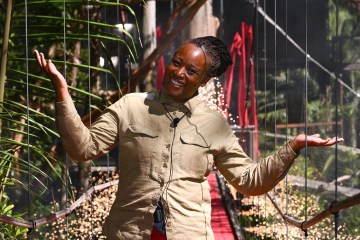 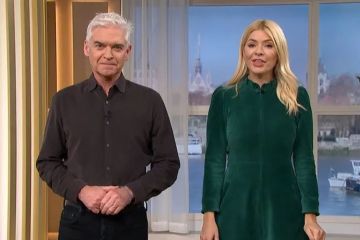 “This is bulls**t! You’re so positive, loved watching you,” a estrela da TV – who used to regularly appear on the Loose Women panel – escrevi.

After her Holby exit she swapped the wards for the dance floor and competed in Strictly Come Dancing in 2017.

Molly-Mae Hague admits surprise pleasure as she prepares for birth

It comes after popular campmate Scarlette Douglas was voted out of the jungle – with some claiming the result was “fixed”.

Scarlette was in the bottom two with her best mate in the jungle, Babatunde Aléshé, in last night’s episode.

The TV presenter was visibly shocked by her early exit – and promptly burst into tears.

After meeting hosts Ant McPartlin e Dec Donnelly on the other side of the bridge, Scarlette admitido: “I’m absolutely gutted.

“I’m not even going to lie about it. I know some people wanted to leave, but I said ‘I’m not ready to go yet’.

“Those people are amazing and the jungle is incredible.”

Despite I’m A Celebrity having a public vote to give viewers control over who they want to stay or go, some fans accused the result of being “fixed”.

Others believed the controversial characters like Matt Hancock and Boy George were being kept in to cause trouble.

One furious viewer insisted: “This vote has got to be a fix, how are two of the funniest, happiest personalities in the camp up for vote like that???”