A FORMER Apprentice star wolfs down a Christmas dinner every morning for breakfast – but insists he’s not stuffing mad.

Thomas Skinner sinks his gnashers into turkey, pigs in blankets, sprouts and spuds with lashings of gravy everyday from 4am.

But despite his taste for red-eye roasts piling on a gut-busting 3,200 calories a pop – the gym-owner says he isn’t going to stop.

Die mattress mogul, 31, aan The Sun Online gesê: “It’s a big stitch up that you’ve got to have a bit of cereal for breakfast – it ain’t true!

Thomas starts work around 3/4am delivering mattresses in his van before strolling into Dino’s Café in East London’s New Spitalfields Market for a well earned roast. 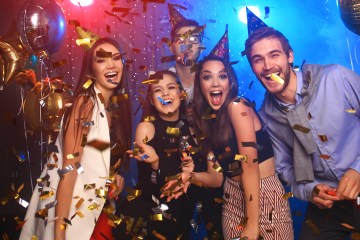 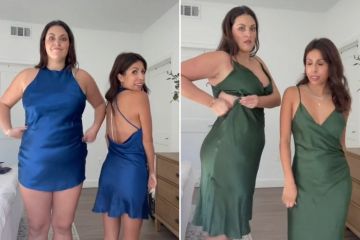 Die traditional caff – that churns out speciality breakfasts – is open all night to catch workers at the end of a gruelling day on the trading floor.

Thomas, a customer of four years, has been ordering the famous £5 Christmas dinner every breakfast since December 1 to get in the festive spirit.

The slap up comes with turkey, pigs in blankets, stuffing, roast spuds, sprouts, wortels, peas, broccoli, cauliflower, a dollop of cranberry sauce and lashings of gravy.

Die vorige Celebrity MasterChef contestant has even been treating himself to deserts including mince pies, cake and jam roly poly with custard.

And he washes the grub – which he says is better than any Michelin star restaurant he’s been to – down with a cup of tea.

“I’m mad for it”, Thomas, famous for his “bosh” catchphrase, voeg by.

And while many Brits would irk at pigging out on a roast before the sun’s up, Thomas said it’s “briljant” that he gets to drench his palette with gravy at ungodly hours.

And though the fella is chowing down four times a bloke’s recommended daily intake – Thomas insists it doesn’t matter.

Die pa verduidelik: “I am constantly loading and unloading furniture from the lorry.

“One I’ve got all my deliveries out I’ve worked up an appetite.”

And hitting back at those critical of his lifestyle, Thomas chimed: “Every time I’ve gone to the doctors they tell me I’m fit and healthy.”

Throughout the rest of the year, the Essex-boy doesn’t shy away from an early morning chicken curry, fish and veg and pie and mash pies – all just £4.50.

Thomas added: “If I don’t have a nice big meal for dinner, I’m not on my A game – I’ll then smash the day.

One Twitter user joked: “Christmas dinner at 7am, blokes relentless.”