A TIKTOKER has revealed how her holidays took a turn for the worst when she broke her spine doing water sports, racking up £25,000 in medical bills.

The young woman, named Ellie Ross, explained she decided to try out a large inflatable toy in Palma Nova on the Spanish Balearic island of Mallorca hours before her flight back home.

“Waking up last day of holiday and deciding to go on this three hours before my flight,” Ellie said in her TikTok video.

In her video, Ellie poses in her bikini, then in a yellow life jacket on the beach before she scrambled on the inflatable toy with another young woman.

The pair were holding on to the water sports toy as it was dragged by a speedboat.

It is unclear what occurred next, but Ellie ended up with a “broken back”. 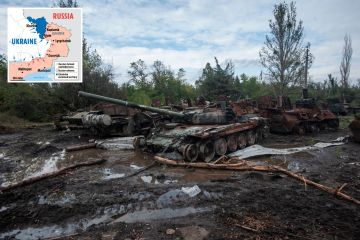 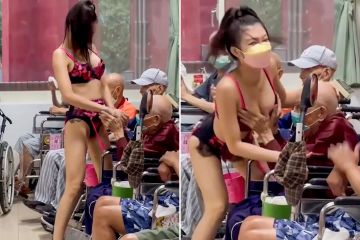 “We went on them every holiday since I was about 11 but as soon as they took off on that one I knew something was off,” Ellie commented on her video.

“I landed back down on it but I went flying in the air because they where circling really fast around a boat so I landed on an angle,” the young woman explained.

After the accident, which left her with a spinal fracture, Ellie claimed she was forced to swim back to shore because the water sports operator refused to bring the inflatable back to the beach.

“Wish I was joking when I say this but they made me swim off it because they said if it goes on the sand it’ll deflate. My mum was just dragging me.”

Ellie said she had to stay on the island for an extra week as she underwent medical treatment.

While the TikToker expected she would be transported back to the UK on a private plane, she claimed she was told she would have to board a commercial flight.

“After they found out I could walk, they just gave me a whole row rather than a private plane. I was very disappointed to be fair,” she added.

Fortunately, Ellie said her insurance covered her medical bills, which amounted to £25,000, as well as new flights home for her and her two holiday companions.

“Luckily I was covered so had to pay £50 excess then they covered medical bills which where about £25k and new flights home for three of us.”

It is unclear if Ellie has taken any legal action against the water sports company.