HOLLYOAKS and Waterloo Road actress Lucy Dixon has married her fiance in an incredible outdoor ceremony in France.

The soap star took to her Instagram to give her fans a behind-the-scenes look at her big day as she wed her beau James Stockdale.

Lucy, 33, best known for playing Danielle Harker in BBC One drama Waterloo Road, posted a video of her big day to Instagram.

The blushing bride – who has also played Tilly Evans in Channel 4 soap Hollyoaks – could be seen stunning in a huge white wedding gown.

Wearing her short red hair down in a styled bob, Lucy could be seen walking down the aisle in the outdoor venue among the trees.

The TV star wore a full-length off the shoulder gown, which she showed off in its full flory as she walked around the grounds of the stunning farm home the couple hosted their reception in. 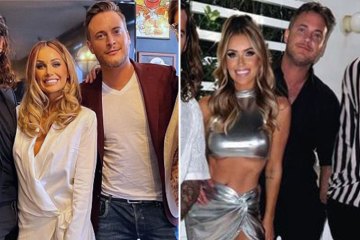 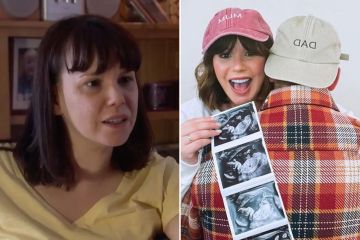 Lucy held a huge bouquet of pastel-coloured flowers for the ceremony, while James wore dark trousers and a light cream tux.

The couple were joined by their close friends and family at the intimate ceremony, sharing her first dance with her dad inside a barn.

“The most perfect day,” Lucy captioned a video capturing the best moments from her wedding, before going on to share photos of her and her new husband James.

The intimate snaps saw James place his hands round his bride’s waist as they laughed towards one another in the romantic shoot.

The star went on to reveal that she and James headed to Barcelona for their honeymoon shortly after their romantic French wedding.

Lucy left the Hollyoaks cast in 2013 after two and a half years as character Tilly Evans – after she was written out of the series.

She previously portrayed Danielle in school-based drama Waterloo Road from 2006 – re-joining the cast for a reunion episode.

The Reunion saw some of the biggest shows come back together for the first time in six years in a one-off new series.

In September last year it was revealed that Waterloo Road was returning for a new series SIX YEARS after being axed by the BBC.

The new series of the award-winning show – which is set to air in 2023 – will be made and set in Greater Manchester.

The BBC hopes it will drama production skills in the North of England “reflect, represent and serve all parts of the country.”

Piers Wenger, Director of BBC Drama, gesê: “Waterloo Road is the perfect lens through which to explore post-Covid Britain, from the perspective of those who have arguably been affected most: young people in education.

“We are thrilled to be returning to this brilliant format – its thrills and spills, unmissable characters and high drama – at a time when audiences across Britain need it most – and to be collaborating with the brilliant Cameron Roach and Wall To Wall on its return.”