The couple began the year by announcing their engagement and have ended it with another major relationship milestone.

Sharing a glossy magazine picture from their special day, Rebecca, 36, ha scritto su Instagram: “And just like that she went on to live happily ever after! Surprise!”

The singer looked amazing in a pearl tiara and glistening bejewelled dress.

Groom Jonny proudly stood beside her in a three-piece blue suit. 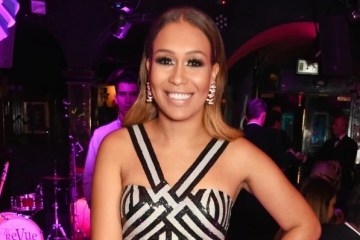 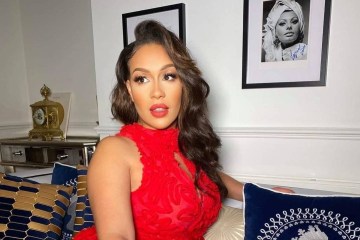 Katie previously called Jonny the “love of my life”, and said that he helped her to trust again.

The mum-of-three’s confidence was shattered after her ex dumped her while she was carrying their daughter Arabella.

She told Closer: “It has broken my trust in men. I can’t date.”

“I haven’t dated in years. I’m a romantic and do still believe in love but, at the same time, I keep getting let down.”

Rebecca finished as runner up on the ITV singing show in 2010, con One Direction in third and Matt Cardle taking the win.

She recently spoke out about the alleged abuse she suffered at the hands of executives in the music industry.

Rebecca told her TikTiok followers that she supposedly “peeved off” Due “major people” in the music business, claiming her life was “inferno” while they “controlled” sua.

“A few years ago I had an issue with two quite major people in the music industry,” lei disse.

While she didn’t name names of the individuals, lei ha continuato: “I really peeved off two people in the music industry who had quite a lot of power and influence, and were able to hinder my career.”

Rebecca became tearful as she added: “I can honestly say that the past nine years of my life, although I’ve found happiness now, were torturous. I was petrified, I was so scared of these people.”