REBECCA Adlington shared an emotional note marking her first wedding anniversary with husband Andy Parsons, a day after she revealed she suffered a miscarriage.

前者 Team GB swimmer called her husband “the love of my life, my everything” in the loving post as she recovers from miscarrying her third child.

The 33-year-old wrote: “Happy Anniversary! You are the love of my life, my everything. I know I can get through anything with you by my side. You are simply the best.”

The gold medallist shared a photo from her hospital bed to Instagram的 星期六, revealing the pregnancy and miscarriage to her 105k followers.

丽贝卡 is already mother to two children, sharing her 18-month-old son Albie with husband Andy Parsons and seven-year-old daughter Summer with professional swimmer Harry Needs, who she divorced in 2016.

Explaining that she went in to hospital on Tuesday for her 12-week-scan, the athlete recalled undergoing emergency surgery after discovering she had miscarried the child. 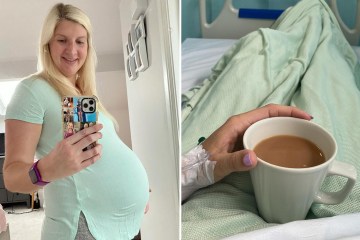 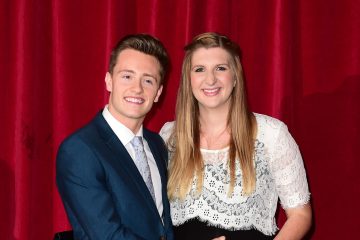 She was then sent home from hospital on Thursday, before being readmitted to treat sepsis, a kidney infection and a fever.

她写了: “On Tuesday me and Andy went to hospital for our 12 week scan only to discover we’ve had a miscarriage which resulted in emergency surgery.

“I managed to leave hospital Thursday only to be readmitted Friday. After a day of treating sepsis, a kidney infection and a fever I’m slowly on the mend. Long way to go but I’m in the right place.

“I can’t thank the hospitals and the staff enough, been so supportive. It’s such a devastating time but important in times like these we remember we aren’t alone and have so much support.”

Turning the attention to her husband, Rebecca dubbed him “my rock” as she showed gratitude for his support throughout the tough process.

The couple quickly fell in love and facilities manager Andy moved from 利物浦 to live with Becky in 曼彻斯特 在 2019.

丽贝卡, who won two gold medals at the 2008 奥运 and two bronze medals at 伦敦 2012, was previously married to Summer’s father Harry – with the pair splitting in 2016.

As a result of Rebecca’s two gold medal win at the 2008 Summer Olympics, she became Britain’s first Olympic swimming champion since 1988.