TIMES have been hard for David Metcalfe as the shopkeeper tried to keep his business and finances afloat.

However, the Emmerdale business owner is aggrieved when his own son Jacob Gallagher humiliates him.

David (played by Matthew Wolfenden) has been going through a rough patch in recent months as he was severely impacted by the Covid-19 pandemic.

Willing to stoop to many lows to save himself from bankruptcy, he eventually accepted the help of his other half, Victoria Sugden (Isabel Hodgins).

However, their relationship hit another low point after he framed her for a crime she never committed.

To make matters worse for David, his adoptive son Jacob (portrayed by Joe-Warren Plant) will be giving him a hard time and humiliating him. 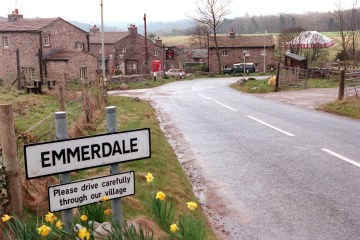 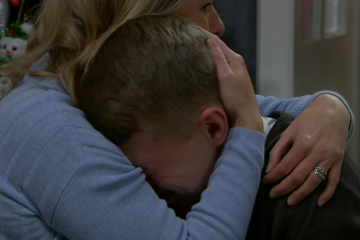 Coming up on ITV, Jacob lies to his friends and tells them that Doctor Liam Cavanagh (Jonny McPherson) is actually his father.

Jacob may be hoping that none of his lies get back to David.

David is heartbroken while Jacob is left mortified.

Elsewhere in the Dales, Leyla is set for her own heartache this Christmas after her separation from Liam Cavanagh.

The couple’s marriage hit the point of no return following her cocaine overdose and a stint in rehab.

This followed a series of rough patches in their romance, including Leanna Cavanagh’s murder in July, 2021.

Leyla was also almost killed by serial killer Meena Jutla during a massive showdown earlier in the year.

Unable to cope with the mishaps they’d had to go through, the couple parted ways in heart-breaking Emmerdale scenes.

And while Liam appears to be moving on swiftly, Leyla will be left isolated from residents of the village in Tug Ghyll.

Upcoming scenes of the ITV soap will show her eating a tragic Christmas meal for one.

Will Jacob be able to lift her spirits?

What will Jacob do to make it up to David?