MILLIONS will fall silent tonight in memory of the Queen, with many taking to their doorsteps as they did during the pandemic.

A one-minute silence will be marked at 8pm in the UK — and the same time locally at 280 British Embassies and High Commissions across the globe.

The moment of reflection will start in Tonga and end 21 hours later on the Pitcairn Islands, home to just 47 people and where a bell will be rung in honour of Her Majesty.

In Londen, buses and taxis will pull over shortly before 8pm to mark the silence, while Tube drivers will ask passengers to reflect on the Queen’s life.

Mourners are expected to gather at Green Park, close to Buckingham-paleis, to observe the silence and sing the national anthem.

A Government spokesman said: “The National Moment of Reflection offers the opportunity to mourn the passing of Her Majesty Queen Elizabeth II and reflect on her life and legacy. 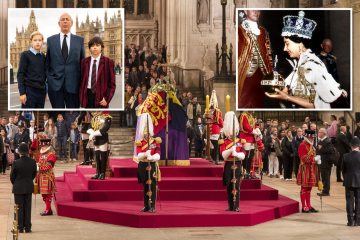 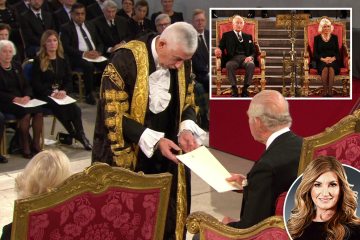 “The silence can be marked privately at home, with friends and family, out on doorsteps or the street with neighbours, or at locally arranged community events and vigils.”

Services and vigils will be held at cathedrals, churches, community centres, war memorials and public spaces.

Special prayers have been sent out by the Church of England.