DRIVERS have been warned about a car sharing mistake that could land them with a hefty fine this Christmas.

With the party season well and truly underway and people looking for a designated driver as the cost of living continues to bite, using lift sharing as a side hustle to make a bit of money, could land you in hot water.

Motorists could face a fine of up to £2,500 and leave them uninsured.

It’s a common practice to offer a lift to friend and family and there are hundreds of local groups on social media sites that help arrange car sharing where people can offer a ride home to strangers in exchange for payment.

While it is perfectly okay to give a lift to others and ask them to contribute to the fuel costs, it could have serious repercussions if the driver does it to make a profit.

The boss of temporary car insurance firm Veygo, James Armstrong, said: “Under the Criminal Justice and Public Order Act 1994, so-called ‘taxi touting’, where an unlicensed vehicle is used as a taxi in a public place to carry passengers in exchange for money, is illegal. 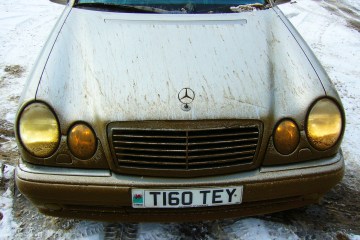 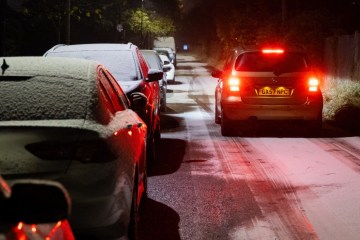 “If you’re caught by the police, it’s considered a Level 4 offence and you could be fined £2,500 if found guilty.

“This would apply to any driver who is essentially using their private vehicle as a taxi service, making a profit, and not having the required taxi licences.”

Although ‘Taxi touting’ covers soliciting for fares in public, anyone pre-arranging lifts also has to be wary of staying within the law.

Armstrong said: “In the case of offering the occasional lift to help people you know to get home, you need to be aware of the Public Passenger Vehicle Act.

Is this the scariest UK road? Scary video has everyone saying the same thing

We’re driving experts – a button in your car could save you £1,000s

“For the lift to be legal, it must be organised in advance and the money you take from passengers should never be more than the running costs, such as fuel.”

He added: “If you’re found guilty of making a profit from lifts in an unlicensed car or van, you could also invalidate your insurance and be liable for the costs of repair and legal fees if you are involved in an accident.

“According to the Association of British Insurers, your insurance cover will not be affected if your passengers contribute towards your journey costs (including fuel, vehicle depreciation and associated vehicle running costs), as long as lifts are given in a vehicle seating eight passengers or less.

“It does, however, recommend that if you are part of a car or ride-sharing scheme you check the terms and conditions carefully and speak to your insurer to check you have the right level of cover.”

Armstrong also advised anyone thinking of using an unlicensed ride share to consider their own safety.

He said: “If you call or hail a licensed taxi, you can be confident that they have passed stringent checks and undergone criminal history checks.

“However, if you get put in touch with a friend of a friend over WhatsApp or reply to an offer for a lift in a Facebook group, you may be putting your safety at risk.

“So, always stop and think before you decide about a lift and if in doubt, organise a way of getting home with a licensed taxi driver or someone you know and trust.”