Jo Fletcher-Cross had been leading a normal happy life with her husband and 11-year-old daughter Rowan at their home in London until she was given the terrifying diagnosis.

Around three months ago she began to suffer some health issues and was eventually diagnosed with Glioblastoma, an aggressive form of Krebs that can occur in the brain or spinal cord.

She was given the devastating news that she was unlikely to live beyond the next 12 zu 18 Monate. 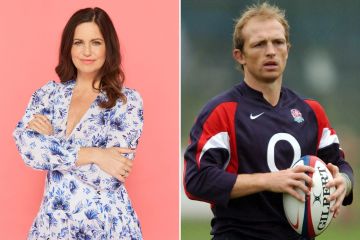 Sie sagte MyLondon: “I couldn’t get the words out – just nonsense came out. I could tell in my head what I wanted to say, but couldn’t get it out.”

jedoch, she felt “strange and just not quite right” for a number of weeks after and so decided to get herself checked out for a second time about a month later.

Sie sagte: “I had a friend round for dinner and found myself struggling trying to cook something I had made lots of times before.”

Obendrein, she found that she had become very forgetful with names, which added to her concerns.

Sie hat hinzugefügt: “We went straight up to A&E and a doctor there realised very quickly something wasn’t right. I had a scan which showed ‘something’ on my brain, and after a few hours was admitted to hospital for a week, during which more tests confirmed a brain tumour.