The CBBC presenter, 21 and professional ballroom dancer Kai, 27, both appeared on Britain’s Got Talent in 2012.

Speaking to The Sun, Molly said: “I was dancing against Kai the same year, which is crazy, so it’s been nice to see him after ten years. 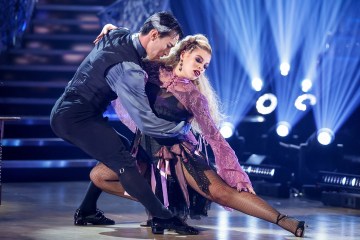 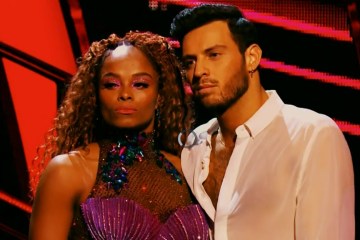 “It’s very different as a kid because you have no idea what the audience is like or who is at home watching, so now I’m an adult it’s scarier because I know the risk now,” she continued.

EastEnders spoilers: New romance for Whitney as she makes discovery

However, she chose to continue her studies after BGT, with Simon Cowell and Sony Music honouring her with their first ever drama school scholarship at internationally renowned Sylvia Young Theatre School.

Meanwhile, Kai reached the final of the sixth series of Britain’s Got Talent the same year as Molly appeared on the show.

Comedian and panellist David Walliams remarked: “I was worried when you started, I was like do I really want to see people do ballroom dancing [but] actually I do think you two are fantastic dancers.”

Viewers were stunned by surprise link, with one writing: “Had anyone else realised that @mollyrainford and @Kaiwidd were both in the 2012 @BGT final? Now 10 years later reunited on #Strictly!”

Another posted: “Kai and Molly were in Britain’s Got Talent 10 years ago together. It must be strange being back on the same show again.”

Unfortunately, Kai’s Strictly journey on the show is already over this year.

Kaye Adams was the first celebrity to be eliminated from Strictly.