Das Love Island star and influencer, 22, and boxer Tommy, 23, left the States in style after an epic prettylittlething work trip.

Molly-Mae looked happy as she arrived back in London after their epic 11-hour flight.

She went for a casual look wearing a cream hoodie and matching joggers.

Tommy looked casual too in a grey t-shirt as he pushed along their designer Christian Dior and Louis Vuitton designer luggage.

Just hours earlier Molly-Mae showed off her £17k of designer luggage as she and Tommy Fury checked out of their Los Angeles hotel. 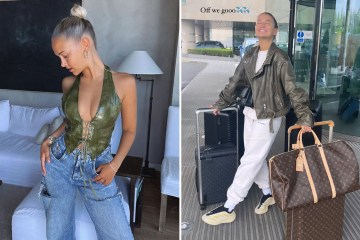 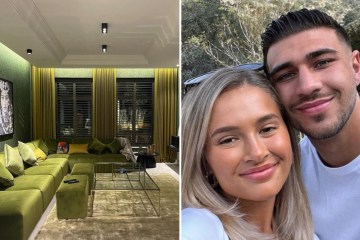 Molly-Mae beamed as she left a successful work trip for the fashion brand where she is PLT creative director.

The reality TV favourites headed from LAX to UK to board their flight to the US along with £17,000 of Christian Dior and Louis Vuitton designer luggage.

Molly-Mae had a busy week of work meetings for the brand.

When she wasn’t working she enjoyed quality time with boxer Tommy, feasting on fabulous treats as they celebrated his birthday.

Molly-Mae shared snaps of the duo tucking into pizza at 4am after Tommy woke them up.

By 7am, Molly-Mae was in the gym for a work-out, as well as work meetings on Zoom.

Sie schrieb: “And so the jet-lag begins.”

In another shot she cosied up to her adorable cats and said: “There really is no place like home. We are so blessed.”