A BEAUTICIAN says she has been offered just £30 after a creepy Morrisons driver tracked her down on Facebook and messenger her.

مولي, 28, claimed the worker trawled through and liked a string of her photos until she realised who he was and blocked him.

She called the man’s approach “مخيف” and complained to the supermarket, but says they didn’t take her concerns seriously.

مولي, who did not want to give her surname, then raised the matter with Ocado, who deliver for موريسونز, and both companies have now promised to investigate.

الآن, بعد أشهر, Morrisons has only apologised to Molly – and offered her a mere £30 voucher to say sorry.

أخبرت BiminghamLive: “After they initially said they’d investigate, I didn’t hear anything back whatsoever. Not one call or email.” 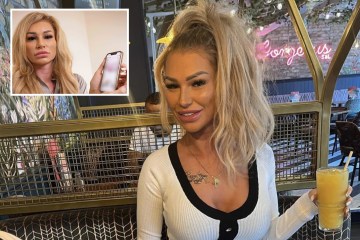 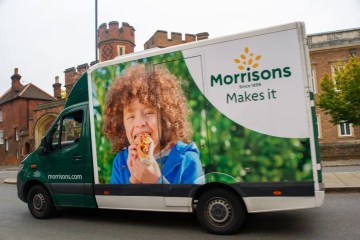 Molly said Morrisons only apologised and offered a £30 voucher after the press got back in touch.

The beautician, from Northfield, برمنغهام, said she had been left shaken by the experience in September.

قالت: “When he delivered the shopping he was pleasant, absolutely fine and said thanks for shopping with us.

“He brought the shopping up to my flat and I said ‘thank you’.

“It was a very small conversation we had.”

But six hours later Molly said she was horrified to discover the driver had apparently tracked her down on موقع التواصل الاجتماعي الفيسبوك.

He sent her a personal message and had seemingly been looking through her pictures.

Molly recalled: “He delivered the shopping to me and then later looked up my name on social media and tried to message me.

“He just said ‘Hi’ then started liking photographs of me on my Facebook page, which to me insinuates something else.

After they initially said they’d investigate, I didn’t hear anything back whatsoever.

In an email to Molly this week, Morrisons apologised and said what unfolded “should not have happened and I appreciate that this will have been upsetting for you”.

The company added: “Of course whilst he may be an Ocado employee he is representing the Morrisons brand when delivering in one of our vans and we would like to reassure you that this has been taken very seriously.”

Morrisons said that Ocado had said it had “taken appropriate action in relation to the driver”.

The email continued: “Whilst we cannot provide detail on exactly what this action is, we can confirm that your details are no longer on his phone and that he will not deliver to you.

“I would also like to reassure you that Ocado has delivered additional policy training to all drivers.”

The email added: “As a further offer of apology for the poor service you have experienced when you brought this to our attention, I would like to offer you a £30 voucher with my compliments for this poor service and I will arrange for this to be sent to you.”

Morrisons told BirminghamLive: “We are unable to comment on the outcome of this investigation due to GDPR but would like to again offer assurances that this incident has been taken seriously.”