SCIENTISTS have for the first time created mouse embryos with working hearts and brains — without using sperm or eggs.

They used blank cellule staminali to grow the embryos, describing it as the “holy grail” of creating life in a lab.

The embryos grew for 8½ days like a natural pregnancy and developed beating hearts and fully formed brains.

The scientists from Cambridge University who created the embryos hope they will help them study the brain in pregnancy without using live animals.

It could reveal why humans miscarry early, they said in journal Nature. 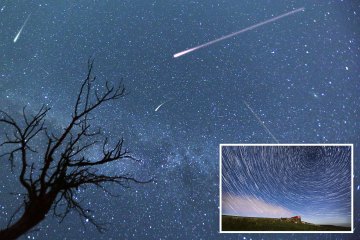 Lei disse: “This not only develops a brain, but also a beating heart and all the components that go on to make up the body.

“It’s just unbelievable that we’ve got this far.”

Prof David Glover, of the California Institute of Technology, called it the first demonstration of the development of the forebrain.

Egli ha detto: “That’s been a sort of holy grail for the field.”