IF you have fussy kids, then you’ll know only too well how stressful dinner time can be.

Whether they flat out refuse to eat or put up a fight when it comes to sitting down, the battles can be endless and tiring – for both parties involved.

But one mum-of-three, from the US, has come up with a genius solution to stop the dread of dinner time once and for all.

Taking to TikTok, Emily explains: “I was so tired of the fight.”

Mealtimes started becoming a battle a month or two ago and I was so tired of the fight.”

“For breakfast and lunch and started making my almost-two-year-old snack boards.” 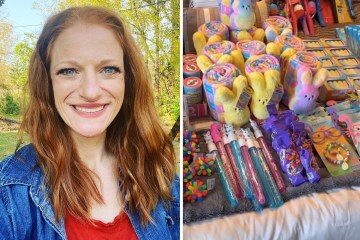 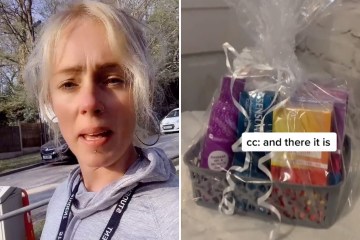 In the short clip she can be seen cutting up a range of colourful fruit, before adding the likes of carrot and cucumber onto a wooden board.

To complete the feast, she then adds some blueberries and slices of veggie-packed frozen pizza.

She quips: “Frozen pizza. The horror.”

The clever mum then puts the board down on the table near to where her toddler is playing and says: “I’m sweeping constantly but it’s better than the stress meal time was causing.”

It wasn’t long before the post garnered an impressive 159,000 views and was inundated with comments.

“I’m a nanny and I do a variety plate for the kids. They have a little bit of everything so they have choice and if there is one thing they don’t want,” wrote one.

A third penned: “Love this. I have a snacker too. Just remember blueberries can be a choking hazard like grapes. No judgement. I didn’t know until mine was 2.5.”

enquanto isso, a fourth enthused: “YESS!! This saved us! I also use the small muffin tins with 6 spots for lunch time! They eat SO much more I find.”

A further added: “I started this with my oldest when he was around a year and he still just asks for a snack tray some days.”