JACQUELINE Jossa has revealed her daughters’ BRUTAL reaction to her singing ahead of All Star Musicals.

Jacqueline, 29, is taking part in the new series of All Star Musicals, which sees a group of celebrities each perform an iconic musical theatre number in front of an audience.

While her social media followers have been impressed by Jacqueline’s vocals in the past, the same cannot be said for her daughters.

Speaking to The Sun’s TV Mag, Jacqueline revealed: “For me, my harshest critics are my daughters – genuinely, I’m not just saying that!

“They’re very, very honest with me – if I’m singing around the house, I get told to shut up quite a lot!” 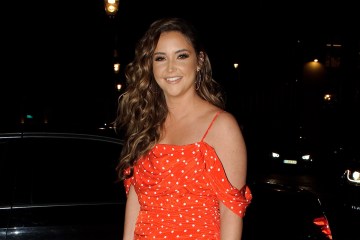 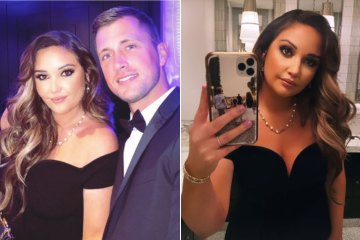 Despite their harsh critique, she added: “I want them to watch it, it’s one of the things that they can watch. And they love musicals and Disney and all things fun just as much as me.”

While Jacqueline, who will perform as Elsa from Frozen, wants them to watch, she wasn’t sure about having her loved ones actually in the audience at the time.

She explained: “I actually prefer not to have people there, but you can’t not with something like this.

“It’s selfish not to let… my kids came to watch and my mum and dad – they always get first dibs when I do something like this because musicals have been a dream my whole life, so if this is all I get to do, I want them there.

Dragons’ Den viewers all have the same complaint about breastfeeding demo

“They loved it so much, they absolutely loved it and my little girls sat through the whole thing and they honestly loved everyone’s performance.

“They were so excited to be there, they just loved it.”

All Star Musicals airs on Sunday April 3 on ITV and ITV Hub. TV Mag is available every Saturday, free in The Sun.