AIRPORTS are odd places, with open bars at 6am and people with a licence to rifle through your private belongings.

However they are also a compulsory part of most foreign holidays with millions of people travelling through them every day.

A number of passengers have retold some of their own stories while travelling on a Reddit forum asking: “What are the strangest things you have witnessed and/or experienced at an airport?”.

From confused security staff to misplaced terminals, the weird and the wonderful have been revealed.

User friendlymeanbeagle witnessed a passenger in strange attire: “I was going through security in some European country and there was a guy wearing a massive trench coat. Puffy and at least knee length.

“He tries to go through the detector and the agent asks him to take it off. 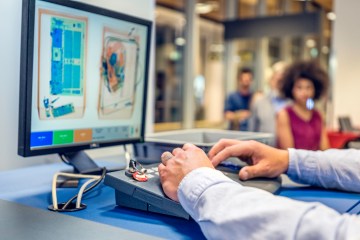 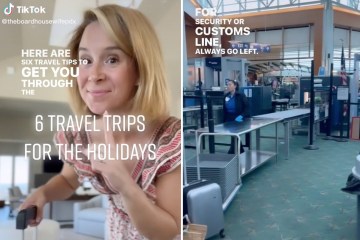 “He turns red and stutters ‘I…uh…I don’t have anything underneath.’

“He looked legitimately embarrassed about it, but I can’t think of any situation where I would wear JUST a trench coat.”

One Reddit user called smurgytwostep almost missed their flight after they moved the terminal: “I show up at the airport around 5am to check in, ens. but the airport is closed (no lights, no guards, locked doors).

“7am comes and goes, and there are 10 other people all really confused with me at the front door of this, apparently unoccupied, airport.

“This guy pulls up in a truck and says ‘You guys looking for the 7am flight?’ Well yes, natuurlik…

“He says ‘oh, they MOVED THE AIRPORT LAST NIGHT. Terminal is around on the other side of the runway.’

“Luckily we made the flight because they didn’t tell the flight crew either, but certainly my most wtf airport experience.”

Airport workers were confused by a common cooking implement, according to user Bellamy1715: “Was going through Louisville when this young guy working the scanner called desperately for backup because he had found ‘an Israeli satellite dish’ in somebody’s luggage.

“Middle aged woman walks over and picks it up. It’s one of those aluminium pasta drainers with a pattern of holes in the bottom that looks like a star of David. She says ‘It’s a colander.’

User mountainridgegarment was shocked after waking up at an airport: “I had an overnight layover in Heathrow and found what I thought would be an out-of-the-way hallway to nap in for a bit.

“When I awoke an hour or so later, there was a man asleep in front of me (head to head, both of us laying against the wall) and a 20-somethings-couple curled up at my feet.

“At the time it was awkward and I just gtfo of there as quietly as I could, but looking back it’s kind of sweet that those two parties saw me sleeping and thought that it looked like a safe place for them all to lay down their heads as well.”

A dog caused chaos at one airport, Volgens anonymous_DoDoBeDoDo: “After boarding and taking my seat on a plane in Sydney, waiting for take off, the Captain came over the intercom with something along the lines of: ‘We’re going to be experiencing a short delay due to an escaped dog. If you look out the starboard you will see him’.

“Sure enough I look out and there’s a greyhound doing zoomies around all the ground staff while they were trying to chase him.

“He didn’t look scared or anything like that it looked like he was having the time of his life.”

“Finally one of the ground staff knelt down with his hand out and the good boy came straight to him for pats. He clipped a lead on him and that was that.”

Strange passengers don’t stop at the terminal with some travellers being downright rude on a plane.