CELEBS taking part in the new series of SAS: Who Dares Wins had to strip off and shower naked together.

Reality TV stars Ferne McCann, Curtis Pritchard and Calum Best were among the new recruits sharing water for a daily wash in the dry desert in Jordan.

The Channel 4 endurance series starts again tonight and viewers will see the new crop of stars getting to know each other extremely well.

Boxing champ Shannon Courtenay said by the end of the week she was teaming up with Calum in the shower and going to the toilet with Ferne.

She told The Sun: “Towards the end I was showering with Calum. We would just go in the shower together because there was hardly any water and by that point you’ve seen everything you can see of someone, so in the end we just went in together.

Shannon added: “We were quite a tight knit group anyway because we quarantined together but there was no privacy.

“Every morning me and Ferne would go to the toilet together and we would hold hands on the toilet. 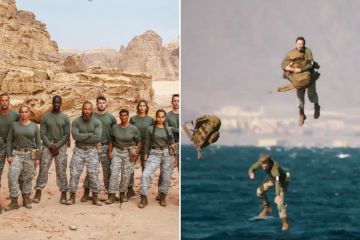 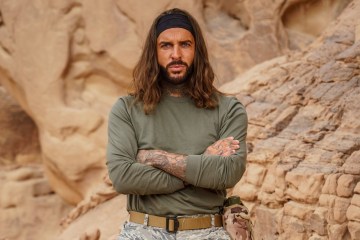 At the age of 61, Olympian Fatima Whitbreak is the oldest contestant taking part in the current series, something which she says helps her shed inhibitions about stripping off.

She admitted: “There’s no room for being embarrassed. At the end of the day you’re all in it together.

“I learned that being that much older I was less embarrassed by these moments of taking your clothes off and getting under the shower.

“They won’t show an old biddy in the shower because everybody’s going to switch off and the viewing figures will go down terribly!”

Other celebs also seemed to have no issue with baring all on screen, with reality TV star Pete Wicks, 33, joking: “The camera wasn’t big enough for my ****!”

The current series of Celebrity SAS Who Dares Wins is the longest ever, with seven one-hour episodes airing on Channel 4.