WEEKS after her horrific attack in a car park, Nicola King has slowly been getting back on track.

But her progress is thwarted when she sees her attacker in Emmerdale – a face ITV viewers have become familiar with.

The road back to a normal life after going through horror has been filled with obstacles for Nicola King.

De vuelta en junio, 2022, the co-owner of Café Main Street portrayed by Nicola Wheeler was brutally mugged and left bloodied and beaten by a group of teenage girls.

Traumatised by the assault, she displayed life-changing symptoms of anxiety and agoraphobia as she attacked another Dales resident and was even involved in a car accident when she was too scared to come out of her home.

por suerte, Nicola found her strength again and was even able to turn to the police to help them find her attackers. 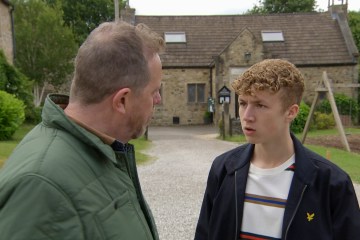 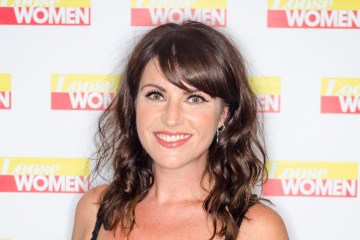 But one of them may be closer to home then expected as she hires Charles Anderson’s long-lost daughter Naomi (played by Karene Peter) in the Café.

Subiendo, Nicola is spooked when she welcomes her new employee as she recognises her voice and trainers from the day of her attack.

Emmerdale fans had predicted the vicar’s daughter may be up to no good when she was first seen on their screens.

And when she rocked up the village demanding to see Charles to get some money, without even working on their relationship, viewers were stunned.

sin embargo, things took a turn after Charles (Kevin Mathurin) had a nasty fall in his church and hurt himself.

Believing her to have attacked him, Manpreet Sharma (Rebecca Sarker) reported Naomi to the police – only for her to feel guilty for doing so when it was revealed Naomi was innocent.

Desde entonces, Naomi has agreed to give her long-lost father a chance by remaining in the eponymous village, although tensions are clear between her and Manpreet who was convinced she’d walk in Meena Jutla’s footsteps.

But how will Nicola react when she recognises Naomi from her attack?

Could she be making a mistake?

Will she confront Naomi about her assault?

Emmerdale airs on weeknights from 7.30pm on ITV.