GINO D’Acampo shocked The Wheel viewers with a savage dig about Nigella Lawson.

The cheeky celebrity chef, 46, was furious that he’d answered the question wrong about the temperature she cooks roast potatoes at.

He was left shocked when the answer turned out to be 230 degrees, no 210 degrees like he thought.

Gino blasted: “See that’s why Nigella Lawson knows nothing about how to cook roast potatoes.”

The light-hearted gag got a massive laugh from the crowd as Gino furiously ranted about his loss. 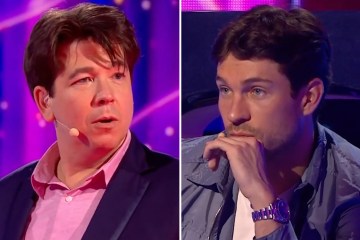 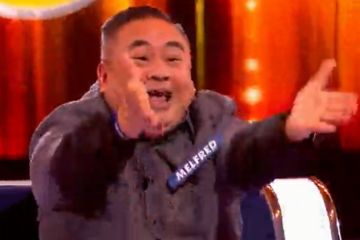 He was sent back underground and replaced by Bear Grylls.

One Nigella fan wrote: “Can we swap Gino for Nigella, ahora?”

Gino is frequently seen cooking on the telly on ITV’s This Morning and alongside Gordon Ramsay and Fred Serieix on Gordon, Gino and Fred’s Road Trip.

Meanwhile Nigella, 62, films cooking shows for the BBC from her home.