Molly, 14, viewed thousands of disturbing posts in the months leading up to her death in 2017.

A letter written by the teen, a partire dal Harrow, North West London, di self-harming was read out by coroner Andrew Walker.

Dr Navin Venugopal said children are particularly vulnerable between the ages of 12 e 16. 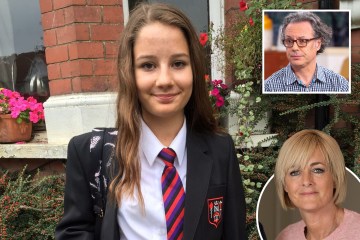