EASTENDERS star Clair Norris has revealed she keeps two items in her dressing room on the soap – to remind her where she started out.

The actress, 24, who plays Bernadette, explained she keeps a framed picture of the other Taylors, saying they’re like a real family.

She keeps it alongside another shot of her doing drama at college to show her how far she has come.

Clair told OK!: “The two things that I’ve had in there from the start, and are still there now, are two photo frames.

“One is of The Taylors from our very first shoot. When my first episode aired, my mum threw a little gathering and one of my friends framed a photo of The Taylors and gave it to me as a present.

“Then there’s another one of my theatre company at college with a little quote on there.” 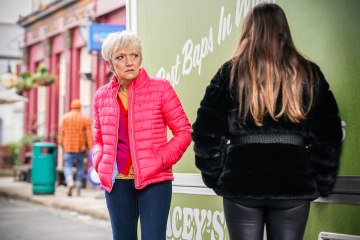 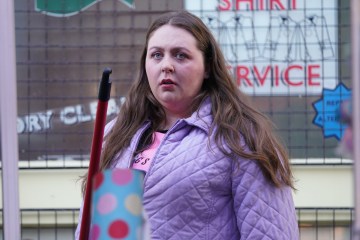 EastEnders Clair Norris is unrecognisable from Bernie after hair makeover

She explained that Lorraine Stanley, who plays Karen Taylor in the soap had become like a second mother to her.

Clair’s character Bernadette is one of many Taylors who have passed through Albert Square over the years.

Her siblings have left over the years with Keanu Taylor, Keegan Baker both heading off in the wake of emotional storylines.

Meanwhile, Chatham and Riley Taylor haven’t appeared in EastEnders since 2020.

Speaking about when she was cast, Clair explained: “I never in a million years thought my first TV role would be in EastEnders.

“It’s surreal but I’m ever so grateful to be given the opportunity.”

The Taylor family burst on to Albert Square in June 2017 and Bernadette made quite the impact, with the teen falling pregnant within weeks of joining the show.

After it was assumed by fans that it was her brother Keanu’s – it was revealed to be someone from her school.

Unfortunately, Bernadette then lost her baby at 18 weeks due to the stress suffered from a terrifying gas explosion.