GAS and electricity firms charge customers for the cost of supplying energy to their homes, but some suppliers have higher fees than others.

Your bill is split between the gas and electricity units you actually use and the standing charge.

The standing charge is added to most gas and electricity bills to cover the cost of supplying your home with energy.

It also absorbs the cost of collapsed energy suppliers.

Ofgem, the energy regulator, has said that suppliers can set their own standing charge and tariff rates, as long as bills don’t exceed the average total amount. 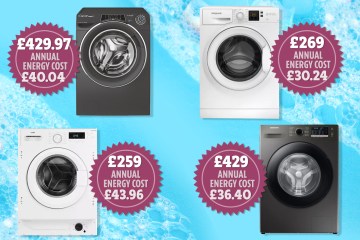 How much energy does YOUR washing machine cost to run? 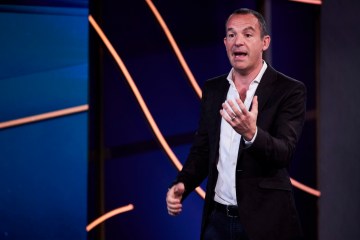 The price cap daily standing charge rose from 25p to 45p for electricity in April and from 26p to 27p a day for gas on average.

But the amount you can actually be charged varies across the country.

It costs more to transport electricity to rural areas or to regions far from where it is generated.

That means the south of England often has higher standing charges as well as remote parts of Scotland and Wales.

We explain how much major energy suppliers add on to their standard variable tariffs for the standing charge in different areas of the UK.

British Gas’ standing charges stick to the price cap levels across the country.

That means the most the supplier charges is 49p in the south west, and 47p a day in southern Scotland.

The cheapest area is London where the standing charge is 31p followed by the Eastern region where it’s 36p.

The average standing charge for customers on the Flexible Octopus tariff is 45p for electricity.

Households in the south west pay the most, at 51.3p per day for electricity followed by north and south Scotland, where it’s 49p.

London is the cheapest area for electricity standing charges, where it costs 31.8p per day.

The amount charged for gas is steady at 27.2p across the UK.

Households in the south west are charged the most at 49.16p per day, followed by north Scotland at 47.67p.

It said transmission of electricity costs are higher in the south of England because it has further to travel from where it’s generated in Scotland and northern England.

toutefois, fees can also be high in some rural areas including north Scotland and north Wales as it’s more expensive to transport electricity to remote homes.

What help can I get to pay my energy bills?

If you’re struggling to cope with energy price rises, there is help available.

Contact your energy supplier as a first step, as many of them have hardship funds or can offer other support.

Par example, British Gas has a pot of cash to help struggling customers.

It will write off energy debts of up to £750, with thousands of payments made so far.

Make sure you’re not missing out on any extra cash by using an online benefits calculator.

Doing a grants search could help you find cash to pay for gas and electricity bills.

The government announced a support package for households plus tôt cette année.

Au total, 80% of families are entitled to a [object Window] that will be paid from this month – although some people have reported delays.

Everyone will get a £200 energy bill refund in October but this is a loan and will have to be repaid in instalments.

Le Household Support Fund, which helps families with the rising cost of living, has been extended.

To find out what support is available in your area, contact your local council.