The Teen Mom 2 alum teased a “new photo dump” in her Instagram Story.

In the steamy snapshot, Jenelle, 30, was in the midst of taking her bubble bath.

The former MTV star stripped down to nothing but kept her shiny silver necklace on.

Except for two long strands, Jenelle pulled back the rest of her brunette hair into a round bun.

She shot a sultry gaze at the camera as the soap ran down her wrist. 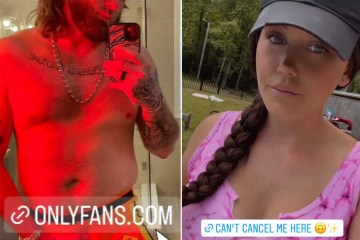 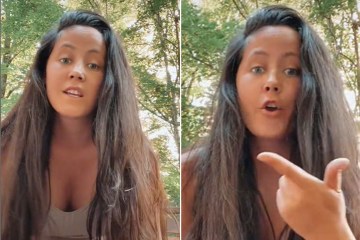 The reality star captioned the post: “New photo dump going out all day.”

The Ludacris song, What’s Your Fantasy, played in the background.

Jenelle is not the only one promoting her OnlyFans account on social media.

In the following Story, David posed under a red light as he teased his shirtless chest.

He also showed off his chained necklace and the tattoos inked on his upper chest and arm.

The couple is the parents of their five-year-old daughter, Ensley.

She is also the mother of her son Jace, 13, from another ex.

Recently, the Teen Mom star revealed she had been booted out of her Airbnb.

The TV star was staying in with her family in North Carolina.

Jenelle and David were on their way to celebrate the fourth of July.

She revealed the disappointing news on social media.

Jenelle claimed they were all kicked out midway through the trip by the vacation rental company.

The MTV mom ranted: “Don’t use Airbnb. They canceled our reservation in the middle of our trip on the 4th of July.

“Won’t tell me why. Won’t contact me back. They canceled about halfway through our trip yesterday. With four kids with us.”

A troll suggested: “Maybe cause they saw you were filming OF content.”

Jenelle clapped back: “I am not doing that type of content around my kids on a family vacation.”

The reality star accused the company of not offering any reason for their dismissal and claimed that they had not been refunded.

Jenelle was previously taking Not Safe For Work (NSFW) photos while staying at rental properties for her OnlyFans account.

She joined the X-rated subscription site back in May and charged her fans about $20 a month.