It is nearly double the 13 per cent EU average – and more than 90 per cent of them are single mums.

Children’s Commissioner Dame Rachel de Souza is demanding the next PM puts family values at the heart of their agenda.

She argues they have a “protective effect” during rough times and that kids with loving families are “more likely to succeed later on in life”.

The 23 per cent of single-parent homes are much more likely to struggle financially, Dame Rachel warns. 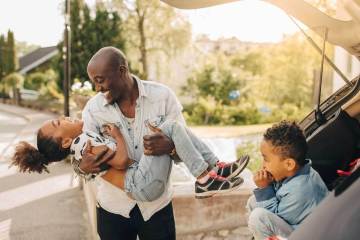 Majority of parents ‘are raising their kids to be confident’ 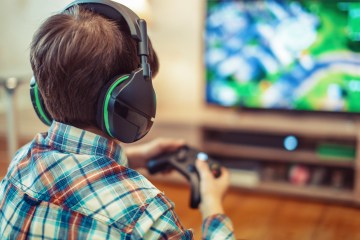 A staggering 49 per cent of kids with single parents are growing up in relative poverty after housing costs.

Regional breakdowns show 48 per cent of families in the North East struggle to make ends meet, compared to 31 per cent in London.

Banging the drum for a healthy family life, Dame Rachel says kids who get on with their parents aged 13 earn more at 25.

And families that eat dinner together six days a week are 5 per cent happier than those who do not.

A quarter of parents developed better relations with their kids during the pandemic.

Dads also spent 90 minutes on average a day looking after their children during lockdown as opposed to 47 minutes before Covid struck.

Dame Rachel said: “The last few years have been challenging for everyone, and the pandemic has reaffirmed the importance of family. We know that if children have supportive families, they are more likely to succeed later-on in life. They are more likely to have healthy relationships and happy lives.”