The Health Secretary said he was “deeply concerned” about the impact of walkouts by nurses and ambulance crews on the sick.

They are his toughest comments yet and come as Brits prepare to be hit by the biggest wave of crippling strikes since the early 1980s.

Fino a 100,000 nurses will walk out this Thursday and the following Tuesday in their first ever national strike.

Ambulance crews will down tools next week.

In a blistering article for The Sun on Sunday, Mr Barclay said strikes will harm patients.

Egli ha detto: “In a winter when we’re worrying about Covid, flu and Strep A – on top of the Covid backlogs – I am deeply concerned about the risks of strike action to patients.”

The minister added: “We are working hard to make sure patients experience as little disruption as possible, but with the NHS already under pressure due to the Covid pandemic and coming winter the risks to patients will be significant.”

Punters given government cash to help them save their local pubs

Street harassment to be a crime from next year

The Royal College of Nursing (RCN) are striking over pay after demanding inflation-busting pay rise of 19 per cento.

Mr Barclay pleaded with the union chiefs to call off the walkouts and get back around the negotiating table.

Fino a 15,000 operations are expected to be cancelled this week because of the nurses strike.

Troops will be drafted in to drive ambulances to help keep hospitals working.

But as British families and businesses count the devastating cost of the strikes misery, dozens of Labour MPs are expected to join picket lines.

Clive Lewis, Labour MP for Norwich South, told The Sun on Sunday: “I will join the picket line. I have always tried to get along to each striker’s picket to show my support for them.”

Andy McDonald, a former shadow minister, disse: “I will be supporting those striking whenever I can.”

Sir Keir Starmer has ordered Labour MPs to stay away from picket lines – but many who have defied him have not been punished.

And it emerged yesterday the Labour Party has accepted £15million from striking unions since Sir Keir became leader in April 2020.

The Labour leader has repeatedly refused to condemn strikers.
Britain is being whacked by the biggest wave of industrial unrest in 40 years in a month of misery.

It will cost businesses billions in lost takings, while Christmas getaway plans for millions have been wrecked.

Mick ‘the grinch’ Lynch, boss of the RMT has said unions have a “duty to coordinate” strikes.

Lord Ian Austin – a former Labour MP and political adviser to Gordon Brown who now sits as an independent peer – urged Sir Keir to get tough with Labour MPs who defy him to join pickets.

Egli ha detto: “Keir Starmer has to make sure his shadow ministers are standing up for people who want to get to work and use public services and not just the hard left trade union bosses bringing the country to a standstill.

“That’s why he’ll have to sack shadow ministers who think their job is hanging around on picket line.”

Nurses will not strike in standalone children A&Es because of the Strep A crisis, the RCN said last night.

Pat Cullen, RCN general secretary, disse: "Per anni, patients have paid the price for the government’s nurse shortage and that’s why the public backs our campaign.

“Patient safety is our top priority still now and this decision on protecting children’s A&Es shows that. 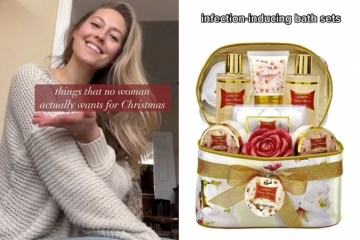 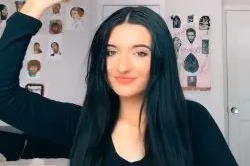 “Nurses in A&Es across the UK are playing a crucial role in handling Strep A right now.

“Ministers are refusing to move. They must negotiate with nurses – I won’t dig in, if they won’t dig in.”