JACQUELINE Jossa has revealed she was terrified to return to EastEnders – but did it for the late June Brown.

Die Lauren Branning aktrise, 30, is making her comeback to the soap tomorrow night (Maandag) more than four years after being axed.

She will return alongside a host of other favourites for the funeral of on-screen step-grandmother Dot Branning.

Speaking ahead of her return, Jacqueline admitted she was terrified.

“But it felt like 33 jare. Ek dink, I can’t remember how to act and then you walk in and see people like Natalie and Scott Maslen and you’re like, ‘Oh there’s Uncle Jack!’ 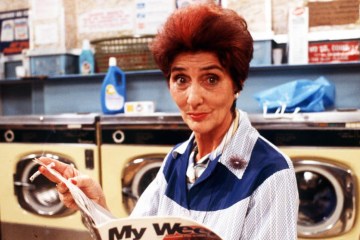 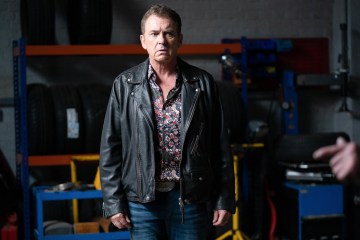 However with it being so long since she had acted, she suffered nerves.

“I was really nervous, I felt I was rusty and I didn’t know if people would still see me as Lauren again,” she explained.

“But as soon as we were in amongst it and you’re talking about people you know, it’s Dot and you’re catching up with old friends – you get straight back into it.”

Revealing how the comeback came about, sy het gese: “It was a WhatsApp message from my agent and they said, ‘You’re not really free these two weeks but you’ve been asked,’ and I was like, ‘We need to move everything’. It was obvious, dit was dit.”

And she teased that it’s not the end for the Brannings – and that she could make a more permanent comeback soon.

“She is just popping in to see old friends. I feel like she is there to let people know there’s still hope and a future for the Brannings.”

However she did also open up about how she saw June, who died earlier this year, as her grandmother – though she terrified her occasionally.

“I used to be terrified of June,” Jacqueline revealed.

“Only because it was, what June says goes. She would come in and change the old script…always for the better.

“So I never really learned my lines when we were doing scenes together because I knew she would come in and change this.

“The director would ask, ‘Are you ok with this?’ and I would be like, ‘yes, June said it so we’re doing it.’

“I was a fan of EastEnders before so to come in and she is part of your family, she already feels like your Nan.”

The specially extended episode of EastEnders airs Monday night at 7.35pm on BBC One.