Das BBC documentary series, fronted by Sir David Attenborough, has been entertaining viewers with a real and raw insight into what life is like for some of the creatures that live in the world’s coldest environments. 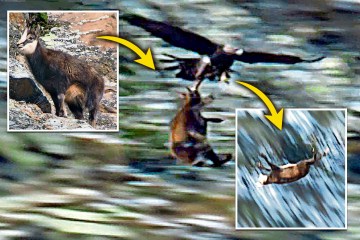 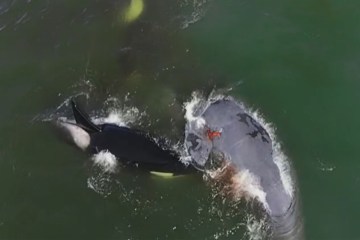 And viewers soon took to Twitter in their droves to air their dismay at the “brutal” Szenen.

Alongside an array of sad-faced emojis, one person penned: “Anxious about work tomorrow? Watch this cute baby animal get eaten alive to an emotive soundtrack. Why do I watch Frozen Planet? Warum?”

While a third added: “Wildlife TV is getting too gruesome. My hubby had a bad anxiety session watching tonight’s Frozen Planet 2.”

It’s not the first time that Gefrorener Planet has disturbed viewers either.

The latest series of the show comes 11 years after the original in 2011 and follows the originators of the Attenborough franchise, Planet Erde und Blue Planet.

Gefrorener Planet 2 is available to watch on BBC iPlayer.