While the theme park has a whopping 10 Achterbahnen, one of the biggest will close from next month for renovations.

Kate McBirnie, Head of Product Excellence at Alton Towers Resort, sagte: “Nemesis is Europe’s first-ever inverted rollercoaster, which has been exciting thrillseekers since 1994. 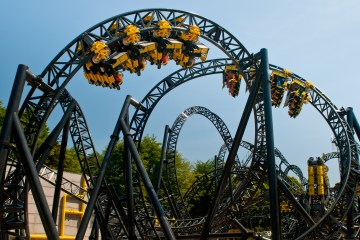 The ride, which opened nearly 20 Jahre zuvor, cost £10million to build and was the first inverted rollercoaster in Europe.