IZABEL Goulart has barely a stitch on as she poses in a knitted bikini before a party.

After switching to a red bikini, she joined him for a snap on a volleyball court.

Brazilian Izabel wrote online: “Happy birthday to the best partner for life and most wonderful human being I have ever known.”

The Eintracht Frankfurt keeper is clearly all she needles!

Izabel is a former Victoria’s Secret’s model and starred at the 2017 fashion show. 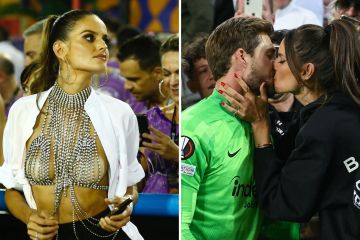 Caught in a trapp 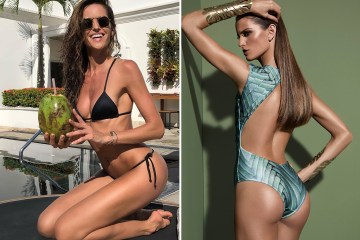 BACK OF NET, IZA

The model is currently planning her wedding to the goalkeeper.

She has previously boasted that they make love up to five times a week.

Izabel lifted the lid on the couple’s bedroom antics in a YouTube interview.

“But if he has played in an important game and his team loses, I can make myself beautiful, have my nails done and wear my best lingerie – and there still won’t be any sex.

“However, on the days when the team has won, we don’t get a wink of sleep.”