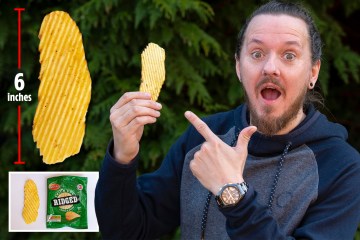 “I didn’t eat any of them as they were all soggy. I remember thinking, ‘How on earth has that got through?’。」