JOCKEY Paddy Brennan has been praised on social media after he showed incredible sportsmanship at the Cheltenham Festival.

The 40-year-old was pipped to first place on the third day in the Pertemps Network Final Handicap Hurdle.

But stewards instantly called for an inquiry amid concerns that Alaphilippe jockey Brennan collided with winner Tom O’Brien and Third Wind near the climax.

However Brennan insisted his rival wasn’t guilty of foul play as he assured the adjudicators he “didn’t feel any interference”.

In footage shared by ITV Racing after Brennan watched back the race, he said: “To be honest, when I heard there was a stewards’ inquiry, I was surprised.

“I didn’t feel any interference. There was a big crowd out there today, and I felt I had a good crack at it. 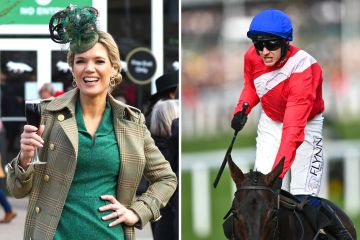 Paddy Power – free bets: Get £40 bonus when you stake £10 at Cheltenham today

“In sport, I’m a fair player, and I didn’t feel like there was any reason why I got beat there.”

O’Brien then remarked: “As you can see there, we’ve both gone a little to the right. I didn’t feel his touch. I think my horse slightly followed Paddy’s to the right.

“I was flicking with my right hand. If we’d touched, I’d have taken more corrective actions but I didn’t feel we touched.”

A steward then asked Brennan: “When you look at the video of the run to the line, would it be in your view that the two horses make independent moves drifting to the stand side?”

Most read in horse racing

To which he responded: “It’s two horses drifting. We never stopped riding. Sometimes, when you’re in that position in the driver’s seat, if you’re losing no momentum, which I didn’t, I felt I had a clean crack at it.

“When the steward’s inquiry was called, I was surprised. I can see here now that we both did drift, but I suffered no interference.”

Fans were loving Brennan’s honest assessment, as one user tweeted: “Paddy Brennan is a sportsman and a gentleman in the stewards’ room. Fantastic.”

Another said: “Fair play to Paddy Brennan in the stewards enquiry there. Absolutely no chance that result should’ve been overturned.”

A third added: “Now that’s class , shows a true sportsman at the top of his game.” 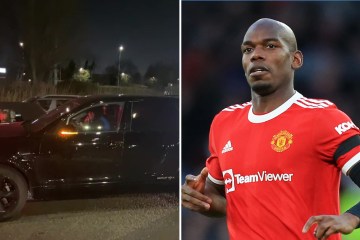 This horse racing fan then commented: “Absolute gentleman. Was great to see such honesty.”

Meanwhile this user simply stated: “Nothing but respect. Proper bloke.”