PRINCE Naseem Hamed has revealed his delight at moving to “beautiful” Windsor, admitindo: “I’m the happiest I’ve ever been.” 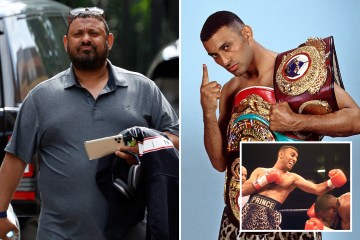 Contudo, he freely admits he has never felt as good about life as he does right now.

Hailing Windsor as a “beautiful” location, he also reflected on the warm greetings from locals, adicionando: “I wish I could walk around with a camera, the number of people stop and talk to me.”

Contudo, he still retains his iconic cockiness – minus the aggression.

Reflecting on his retirement, Naz said: “After winning the fifth world title belt, eu apenas pensei, why not be one of the smart ones in boxing?”