ITV viewers were blown away by Katherine Jenkins’ performance at The Queen’s Platinum Jubilee Celebration.

The soprano-star took to the stage in Windsor accompanied by an orchestra and belted out rousing ballad Rule Britannia.

A second fan said: “Katherine Jenkins looks like a Disney Princess in that stunning blue ball gown. I had the pleasure of seeing her perform live a few years ago and she truly is a gifted vocalist.”

And a third joked: “Katherine got the Cinderella memo, Queen doesn’t look impressed.”

Katherine sang in her magical blue dress in front of the queen and crowds in Windsor. 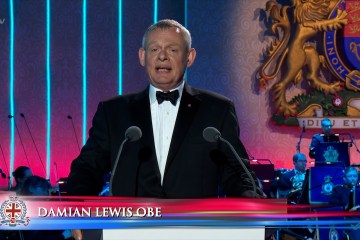 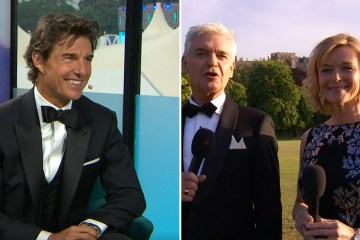 She represented her native Wales during the ITV special and musical romp, called A Gallop Through Time.

Hollywood megastar Tom Cruise also made an appearance but was slammed for “plugging” his new film.

Presenters Phillip Schofield and Julie Etchingham chatted to the Top Gun 2 star while hosting the live televised event on ITV.

Tom‘s long-awaited film Top Gun: Maverick is hitting cinemas at the end of this month.

And he couldn’t resist promoting his new movie and was soon speaking of his upcoming film in detail.

“Every film I make is important, but this one, people have been asking for decades,” the Hollywood star explained.

“For decades I’ve been thinking ‘what could I do?'”

Egter, viewers were not impressed that Tom was using the moment to promote the sequel to the 1986 oorspronklik.

Een het geskryf: “So you think if #TomCruise didn’t have a big film release, would he have appeared here for #platinumjubilee??”

'N Ander het gepos: “Thought it was the Queen’s Jubilee not an opportunity for Tom Cruise to promote himself.”