GREEDY oil and gas firms must face an even bigger windfall tax after BP announced profits TRIPLE that of last year, Rishi Sunak has been urged.

Mr Sharma, chi era sacked from Cabinet last week but kept his climate job, lashed out at the “excessive profits” being made this year thanks to spiralling energy costs.

Egli ha detto: “As I said last week, we need to raise more money from a windfall tax on oil and gas companies and actively encourage them to invest in #renewables.”

Il cost of living crisis, impennata inflazione and a dire economic forecast means Britain has a whopping £50billion hole in the public finances.

Yesterday oil giant BP announced a £7.1billion profit in the three months from July to September this year. 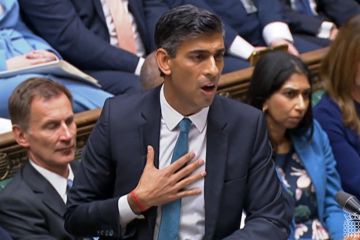 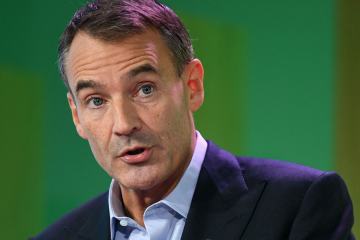 They hailed the “exceptional” performance of their gas trading arm.

It is expected to pay nearly £700million in windfall taxes this year.

Oil and gas firms already pay 30 per cent corporation tax on their profits – and an extra 10 per recent on top of that.

But they have been able to slash their taxes by spending their cash in other ways – meaning in many years they have paid almost nothing in the UK.

The new PM and Jeremy Hunt are actively considering how to expand the windfall tax – which is an extra 25 per cent on profits made from extracting oil and gas.

The Treasury says it will raise at least £5million in its first year.