Opinium found that almost two thirds (63 per cent) would prefer Mr Johnson to stay in No10, and 32 per cent would prefer Ms Truss to take over.

And 68 per cent said they would prefer the outgoing PM compared to just 19 per cent who wanted ex-Chancellor Mr Sunak to step in.

However, the public would prefer to see a new PM step in.

When members are asked who they prefer, Ms Truss has a whopping 22 point lead over Rishi – with 61 per cent of the vote compared to his 39 per cent. 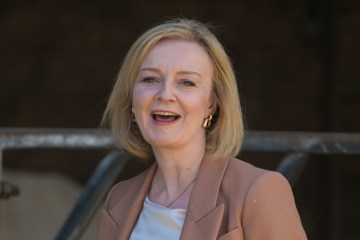