ORANGUTANS may hold the key to how humans evolved to speak, dire scienziati.

The ginger tree-swingers — like The Jungle Book’s King Louie — “talk” using a complex range of calls involving both vowel sounds and consonants.

But other advanced, ground-dwelling apes such as chimpanzees can make only vowels as their lips, tongues and jaws lack flexibility.

Researchers say that because orangutans lived up in the trees, they had to use a limb to cling on — so used their mouths to strip hard-to-get plants, fruits and nuts.

Professor Adriano Lameira said: “Because of this, orang­utans developed greater control over their lips, tongue and jaw and can use their mouths as a fifth hand to hold food and manoeuvre tools.”

It suggests living in trees was a pre-adaptation for the evolution of speech — and that human ancestors had a more arboreal lifestyle than was thought. 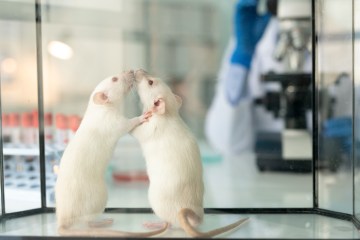 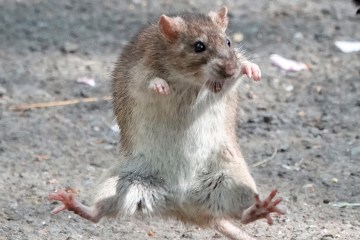 Vowel sounds come from the throat, while consonants rely on the tongue, lips and teeth.

Primatalogist Prof Lameira, di Warwick University, disse: “Wild orangutans use consonant-like calls consistently and for multiple behaviours, much like we do with speech.

“Their vocal repertoire is a rich display of clicks, kiss-sounds, smacking, splutters and raspberries.”