A DELIVEROO customer was left stunned after a brazen delivery driver sent him a bizarre text.

Liam Bagnall was starving so he pulled out the food delivery app and placed an order for him and a bunch of hungover pals.

But as Liam waited for his Thai Massaman Curry to arrive – he received a text from the driver saying he’d scoffed it himself.

Liam’s lunch ordeal began when the driver messaged him to say “Jammer”.

Confused by what the driver was going on about, Liam asked “what happened”. 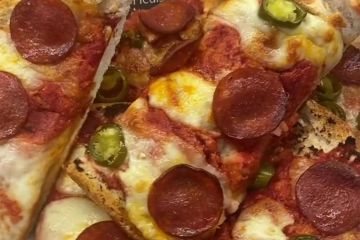 THAT’S A PIZZA ME 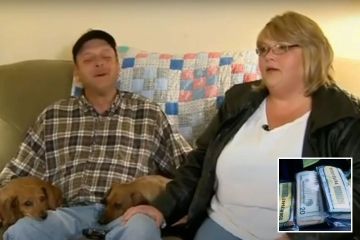 To his horror, the rider replied: “This food is very testy. I eat this.”

The cheeky blighter then sent Liam a licking lips emoji before saying “you can report the deliveroo company”.

But he was simply told: “Ek gee nie om nie” by the driver.

Footy ace Evra chimed in on the saga, kwinkslae: “I can’t believe it.

“Look at what Deliveroo did to my man. Deliveroo we need to talk.”

Reacting to the antics of the driver, wat viraal geword het, one user joked on Twitter: “GEEN!!!! absolutely f****** not!”

Hungry Liam says he was not offered a refund to apologise for the driver’s extraordinary behaviour on Friday morning.

And instead Deliveroo simply re-sent the food an hour later before asking Liam to report the chancer who scoffed his grub.

He joked: “Whilst I am fuming, I am extremely happy it happened… the confidence of the man.”

Deliveroo are investigating the chaos adding their Rider Operations Team are looking into the incident as a matter of urgency.

A Deliveroo spokesperson told The Sun Online: “We expect all the riders we work with to behave professionally and respectfully at all times, so we were sorry to hear about this incident.

“We have apologised to the customer, offered a gesture of goodwill which they have accepted and arranged for the meal to be redelivered.”

Have YOU experienced a takeaway nightmare? We pay for stories. Get in touch: tom.hussey@thesun.co.uk