AFTER last night’s dramatic Love Island, which saw Jacques O’Neill live the villa in teary scenes, fans of the show are convinced there’s been another recoupling.

The hint came after Good Morning Britain’s Andi Peters broadcast live from the Liefde-eiland villa – and the islanders didn’t have a clue.

As he plugged the show’s latest competition as the Islanders snoozed, unaware of his presence, viewers noticed how there was no-one sleeping outside on the day beds.

In recent episodes we’ve seen Andrew Le Paige, 27, en Dami Hoop, 26, sleeping outside in a bid to not sleep next to their current partners and show loyalty to who they really want to be with – Tasha Ghouri en Indiyah Polack, albei 23.

This led one Love Island fan watching GMB this morning to tag Andi and GMB and write: “nobody sleeping outside…there must have been a recoupling?”

If there had been a recoupling, Andrew and Dami could well have recoupled with their romantic interests, meaning no more sleeping outdoors. 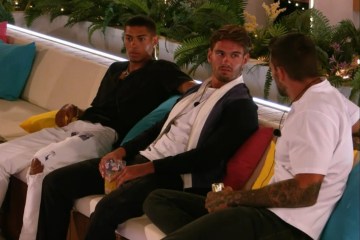 Love Island bosses kicked out Jacques to cover up ‘something bad’, fans say 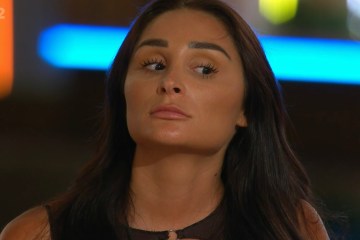 Andi had his run of the garden, walking past the pool and over to the outside of the Hideaway.

He questioned whether a couple were inside and was tempted to knock on the door but managed to resist.

His villa visit comes after Jacques’ surprise exit after bombshell Adam Collard made moves on his girl.

It had been a tough few days for the rugby player, 23, after admitting to Paige Thorne that he’d cheated with other girls during the show’s Casa Amor stage.

In emotional scenes that saw Jacques break down in tears – along with many viewers, the sobbing lad told his co-stars: “Lately, I just can’t be myself. I’m trying my best – but I’m not a fake person.

“I’m not going to start faking things and act like I’m OK when things inside aren’t actually OK.”