ARSENE WENGER regrets not holding onto Ashley Cole when he made the move from Arsenal to Chelsea in 2006.

Cole was an England international and a pivotal player for the Gunners – and arguably someone they failed to replace.

And his career reached great heights after making the move across London, winning the Premier League, the Champions League and the FA Cup on four occasions.

But Arsenal could have kept him had they offered him more than the reported £55,000 a week contract renewal.

Cole was believed to have received a deal worth £120,000 a week from Chelsea and Wenger regrets not matching the Blues’ offer.

He told beIN Sports: “The player I think internally was a mistake to lose was Ashley Cole. 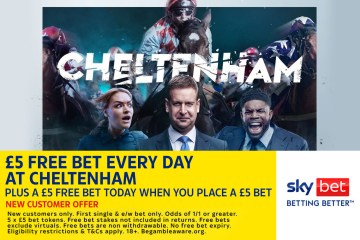 Sky Bet: Get £5 FREE BET every day of the Cheltenham Festival plus £5 bonus 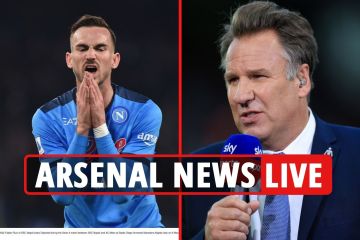 “Cole came out of the club [academy]. It was a misunderstanding for a few thousand pounds.”

William Gallas came in on an exchange deal for Cole and later became Arsenal captain.

Gael Clichy later performed well at left-back for The Gunners and earned a move to Manchester City so it is a little surprising Wenger regrets losing Cole most.

After all, there were a number of high profile exits during his tenure, such as Thierry Henry and Patrick Vieira.

Cesc Fabregas is another star who left when at his peak in an Arsenal shirt, as did Samir Nasri, yet Wenger seems to believe he had a realistic shot at keeping hold of Cole, which is perhaps why his exit pains him so much.