Coronation Street actress Millie Gibson has revealed her first job since quitting the soap – and its something Corrie related.

The Kelly Neelan actress, who is set to bow out of the soap in dramatic scenes aired next week, has revealed she has signed up to appear on an official Coronation Street tour taking place in Canada later this year.

During the tour, Millie will be joined by her on screen co-star Mikey North.

The pair will stop off at a number of provinces during the tour and will appear at a series of ‘An Audience with…’ events.

Millie revealed the news that she had signed up for the tour during a video posted on her Insta Stories earlier today.

In the clip with Mikey, lei disse: “Ciao, my name is Millie Gibson and I play Kelly Neelan on Coronation Street.” 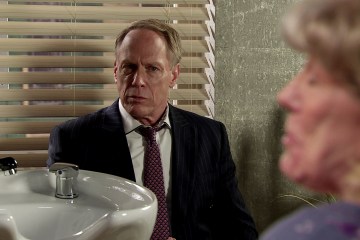 Mikey added: “And I’m Mikey North, but you might know me better as Gary Windass.”

Millie continued: “We are thrilled to announce that we will be visiting Canada later this year with a series of onstage interviews to share with Corrie fans everything that you’ve missed.”

Mikey said: “We know that our Canadian fans are very curious about life on the Cobbles so we have many stories and anecdotes from our time on the world’s longest-running TV drama.”

Millie will leave the soap in a dramatic rooftop showdown using the movie magic featured in the Marvel films.

Her character Kelly will be seen fighting with Gary in lei final scenes shot with special effects.

The pair appear to be grappling outside at night with the Manchester skyline behind them.