Como resultado, Yorkshire Water has applied for permits to impose a hosepipe ban.

Nationally, un urgent health warning has also been issued to the most vulnerable Brits, as the Met Office predicts highs of 35C. 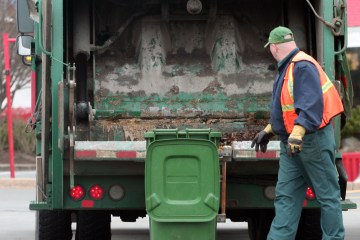 En 1989, the body of a man with a gunshot wound to the head was found on the reservoir bed during a drought, weighted down with a pickaxe.